When you start to confuse the separation of civilian law enforcement and military, it becomes difficult for us to distinguish the difference between the two. This decision, the reinstitution of Program 1033 by President Trump and Secretary Session via the NDAA (National Defense Authorization Act) actually erodes the Posse Comitatus Act of 1878 that was set up for this very reason; to act as a firewall between law enforcement and the military. This is not an outdated unimportant law, in fact, it’s more important today than ever.

Once that happens- especially when we have ideas floating around like, ‘Oh we have to fight terrorism,’ or ‘Oh it’s a different time than it was back when this law was established,’ when you are unable to become alarmed or alert at such a notion, shouldn’t it speak to us that something is very wrong?

Think about the cop shows we’ve all seen over the years, back before SWAT (Special Weapons And Tactics) was part of our vernacular. They took regular uniformed officers and began to implement these militarized procedures. They correlated them into the shows and made SWAT the trendy thing for these officers to achieve. Did it dawn on anyone that these programs were actually desensitizing us to the idea? This transition is a thing of the past now, few remember it. The effects of it are lasting however, as we are becoming an increasingly violent society.

After all, haven’t the powers that be been looking for any reason to cause bedlam? To make people freak out so badly that we all have to be put on lockdown, under martial law, and then survivors unceremoniously dumped into FEMA camps? Have we all forgotten the Georgia Guide stones, the one monument no one is trying to destroy so the inscribed warning will stand longer than all of them? How exactly does anyone think that they’d accomplish their goal of culling the earth’s seven billion plus population down to a mere five-hundred million?

The dangers that humankind have been facing in recent years and months are full of death-dealing weapons and tragedies that can wipe out mankind completely, forget the half million they intend to preserve. Nuclear war, Bioweapons, capitalizing on natural disasters. Just this past weekend during the category four hurricane Harvey that slammed into Texas causing intense flooding, was an excellent example of government putting lives at risk. This could have totally been avoided if they would have let their residents evacuate. But no, they told these people to stay put and ride out the storm, citing possible traffic pile ups as a reason. Now these poor people are hanging out on their roofs – reminiscent of Katrina in ’04 – just hoping someone, anyone, would come to their rescue. 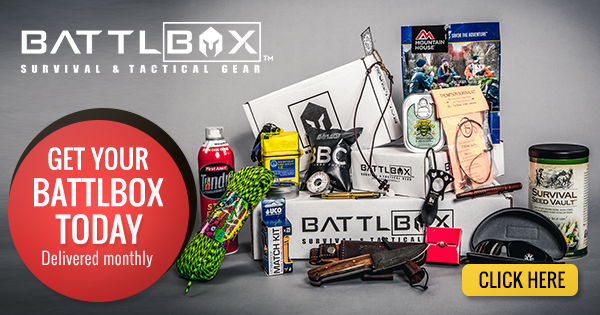 Take a look at the most popular video games that our young teenage men are playing day in and day out. Starting with Grand Theft Auto, and then moving into more complex games over time like Black Ops and other similar violent games. These serve to desensitize our boys into thinking that shooting and killing others is normal and maybe even heroic. They don’t know the enemy, or why it’s okay to shoot them, and yet they are still programmed to do so.

The second amendment is very important. I’m in no way trivializing it. However, there is a time and place to learn to handle weaponry. We aren’t teaching our kids this when we let them play games that downplay shooting at police – GTA – or when we teach them bloodshed is a glamorous thing to be rewarded. There is honor in protecting your country, your city, state, town or family, but this is not what these games and other militarized forms of entertainment are teaching them. Kids are growing up with in-depth lessons of chaos that actually fit in with the tumultuous times we are living in. Little boys have always been fascinated with toy cop cars, GI Joe action figures. There are grown men now with a ‘Robocop mentality’. Oohing and Ahhhing, cooing and babbling about riot gear and weaponry. It’s become the ‘in thing’ for men to behave in such an immature matter about hyper-militarized police stuff.

It’s worth noting that so much that is going on in ‘make believe’ culture, is truly emblematic of what is going on in the real world. Inoculating everyone to it first with a few germs and then later on introducing us to the full-blown raging disease. People become more confused and ignorant, and more police train in places like Iraq, using young recruits of ages eighteen to twenty. Our nation will rapidly change into a more chaotic place. Young people that age are always in the stages of wanting to be the biggest bad-ass around, and this is why they go into high schools and wave promises of education in these youngsters faces. Kids today will go to places like Afghanistan and they will become even further indoctrinated in to a Centurion methodology. Trained to see normal everyday civilians as the enemy, instead of the population they swore to protect. The survivors will come home with a completely programmed mind, and will most likely become a drug addict thanks to our doctors and big pharma.

But yet- many don’t see the connection. When I mention the deep state or the ruling class that ‘never let a crisis go to waste,’ all of the various reactions of denial are stunning. “Who are these people? Can you name them?” or, “Government always gets things wrong, there’s no way they can make a giant conspiracy work.”

It’s true we that everything the government has it’s tentacles wrapped into is a failing program. Public schools, the medical community, snail mail, law enforcement and military, all the way down to repaving our roads and collecting the trash. All of these departments are flawed. Embezzlement, people goofing off all day instead of doing their jobs, most of the kids graduating today have no skills and you’d be hard pressed to find any that can read. Civilians killing cops, cops killing civilians, and if that’s not enough we take our military all over the world to kill more innocent people. Vaccines that kill and maim, doctors that prescribe pain killers for a stubbed toe, or even depression, narcotics and opiates that are killing more every year. Let’s not forget the immigration crisis we face due to the welfare state that rewards poor people with money just for having more kids. There are grants and benefits, that I, a disabled single mom, am not eligible for. But if I were a minority, or not even a US citizen, I could have public housing, food stamps, cash and insurance all in government handouts. The whole works.

But don’t look at the government’s twenty-trillion in debt. An obscene number that was raised by nearly a billion more dollars just over the weekend. By the rules of normal economics we should have crashed into a third world state by now. But of course, government is rigging the markets too; using computer programs. The debt based system can further grow and continue to fool the people into complacency. So blind in fact that no one is marching or protesting the fact The Federal Reserve is a private organization controlling our monetary policy. To take the cake- they refuse to even be audited. The Fed is included in the ruling class as well since they obviously don’t have to submit to the same laws that the rest of the nation does.

If you want to keep a thriving country full of forward-thinking, hard-working citizens then yes- the government is failing terribly.
If you want to kill off and wreck as many lives as possible as agenda 2021 and agenda 2030 plainly state, then- THE GOVERNMENT IS WINNING.

Not just here, but all over the world they are infecting people with deadly viruses or just flat out killing them. It’s in the evening news every night and yet most don’t ever see the connection.

This combining of military and civilian law enforcement is just another step in an incremental plan. So when people lose their shit because they’re sick, starving and have a myriad of other obstacles set before them, they can just kill them off. Don’t even bother locking up an arsonist or looter, just kill them, since it’s now legal to kill a US citizen with out a trial (if you’re a member of the military). The fourth amendment wouldn’t even apply to police any longer would it?

The air these days has a feeling close to 1930’s Germany some of the more enlightened folks have pointed out. Things are definitely worse than ever, even at the height of both of the world wars. Tensions continue to grow and men have made more anti-human dangers than we can count.

When we see the military and the police combining in any country it’s a sign of problems. It’s never a factor in a society of order. Once this kind of transition has ever taken place in other countries there was no going back. These countries are all still unstable wars zones today.

This is by design. This is straight down from the deep state, the ruling elites, the globalists, whatever name you choose to call them. They are the perpetrators toppling our country like a house of cards. It’s such a small thing to them, they even wager amongst themselves about the outcomes of these real-life power plays.

The Boston bombing was a beta test for a city on lockdown. The sad and scary thing is that the people were so insecure that when they were faced with the prospect of martial law, they applauded these efforts of their jailers. This was an illegal act of martial law, that was enacted only to catch two fugitives.

This is a precursor to a total breakdown of civil liberties, and civilian protections from our own law enforcement that were transmuted into military.

America Is the Developed World’s Second Most Ignorant Country